Though the site and roleplay itself are fantasy, we wanted to clear the air about a few things that members may have questions about when creating their characters. Read through the list and if you see anything that isn't addressed, please let us know! The list can be added to at any time.

Aging
SKINS and Mundanes age normally. At this time, acceptable playing characters are ages 17 and up.

Orientation
It is up to you where you want your character to be straight, bi, pan, gay etc.

Playing NPCs
Everyone has an equal opportunity to play NPCs such as pets, guards, bartenders, and any other character in the roleplay. Just make sure the roleplaying of them is within the NPC traits (bartender played as a bartender).

Clothing
This completely up to you. You can have a "Hunger Games" outfit on while hunting SKINS to wearing a nice dress to a party at the club. Clothing can change as you see fit.

Ranks
There is no standard ranking system for neither Mundanes SKINS or Peacekeepers. Want to be an Assassin? Go ahead. Stable master? Yep. Weaponsmith? Have at it.

Character History
All members have freedom to choose what type of history their character has. The only rule is that all character were born in a world where shifters and human don't get along. 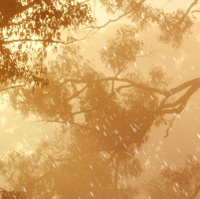